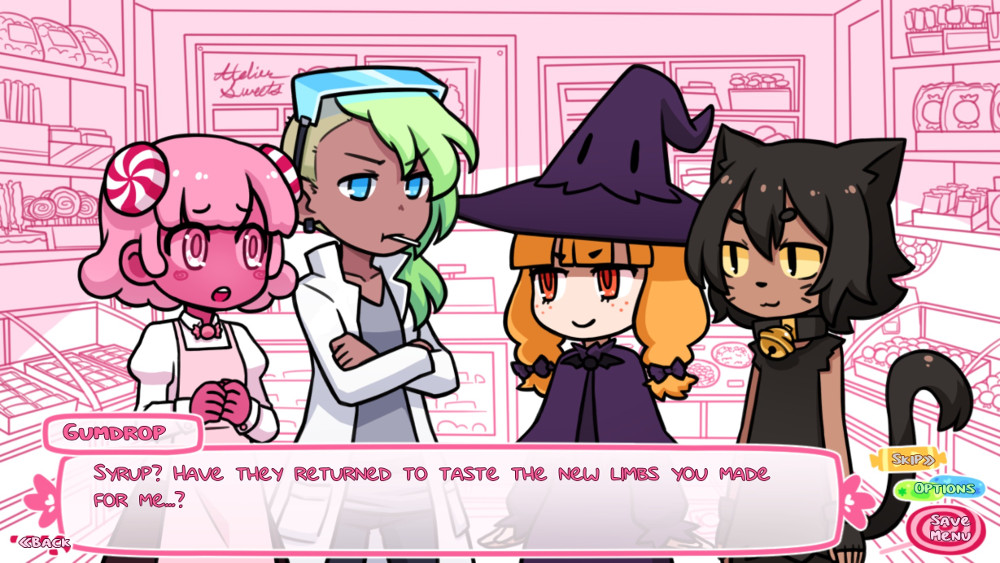 The history of older Ren'Py 6.99 releases can be found at the following URLs:

I'm pleased to announce Ren'Py 6.99.8. This is the latest in a series of releases that introduce the new features that will make up Ren'Py 7. Ren'Py 6.99.8 fixes a bug with text spacing introduced in 6.99.7, and also adds new features, including:

As usual, other features have been added, bugs have been fixed, and Ren'Py has been generally improved.

When building Android packages, iOS packages, or web distributions, Ren'Py will prompt you to download RAPT (Ren'Py Android Packaging Tool), Renios (Ren'Py iOS Support), or Renpyweb (Web Platform Support). As these downloads may fail if your Internet connection is unreliable, these packages can be downloaded separately. To install, extract the contents of the archive to the Ren'Py directory. (Place the "rapt", "renios", or "web" directory into the "renpy-6.99.8" directory.)

Ren'Py Source Code: renpy-6.99.8-source.tar.bz2
Contains the source code of the Ren'Py distribution without any binary components.
Pygame_SDL2 Source Code: pygame_sdl2-for-renpy-6.99.8.tar.bz2
Contains the source code for the version of pygame_sdl2 required to run this version of Ren'Py. This may be newer than any released version of pygame_sdl2.
Other Dependencies: https://www.renpy.org/doc/html/license.html
Ren'Py contains free software licensed under a number of licenses, including the GNU Lesser General Public License. A full list of software and links to git repositories from which the software can be downloaded is linked above.