Please consider linking to the Download Ren'Py page, which will be updated when a new version of Ren'Py is released. 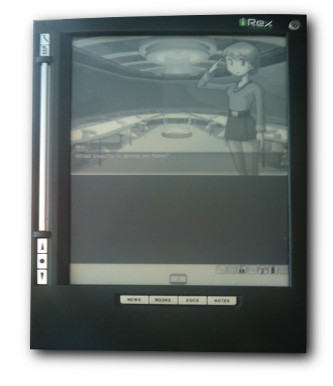 You only need to download one of these three files. Each of these files contains the full Ren'Py software development kit, containing everything needed to develop Ren'Py games for Windows 2000 and up, Mac OS X 10.4 and up, and Linux x86. The development environment contains the files needed to produce games for all three platforms. Each file also includes the jEdit text editor, the Ren'Py demo, and "The Question", an example game.

Java Requirement. Java 1.5 or later is required to run the jEdit text editor. If it's not installed on your computer, you'll need to download it from java.com. Java is not required to run Ren'Py games, only to develop your own.

License. Ren'Py is licensed under a very liberal license, that allows for free commercial and non-commercial use. Read the full license for details, but a short summary is that you can distribute Ren'Py games however you want, as long as you include LICENSE.txt.

2008-12-23
An updated renpy-6.8.1/ fixes a memory link involving adjustments. Thanks to Spiky Caterpillar for diagnosing this.

I'm pleased to announce the release of Ren'Py 6.8.1 "Heroic Hexameter". While this release includes a few minor features and bugfixes, the real highlight of this release is added support for a new platform, the iRex iLiad ebook reader. This is our first secondary platform, which means that you will need to download extra files to build a distribution for the iLiad. Please see the iLiad documentation for more details.

The iLiad support was sponsored by HixBooks. Thanks!

Other new features include:

Downloads of 6.8.1 and a full release announcement can be found at:

Added support for the iRex iLiad ebook reader platform. This required adding the following features, which may prove useful for other platforms:

Added support for the RENPY_SCALE_WIDTH environment variable, which allows the game to be scaled to a specific width, if it's larger.

Added support for the RENPY_LESS_MEMORY environment variable, which reduces the amount of memory used by Ren'Py in exchanged for reduced speed.

Added support for the RENPY_LESS_UPDATES environment variable, which tries to reduce the number of screen updates to one per interaction.

Added support for the RENPY_LESS_MOUSE environment variable, which prevents the mouse from being shown.

The iLiad support was sponsored by Hixbooks.

It is now possible to rebuild the distribution of a game by unzipping it underneath the Ren'Py directory, selecting it as a project, and building the distributions. This makes it easy to upgrade the version of Ren'Py used by a game, or to build a version of it that works on your favorite platform.

The new function can be used to change the alpha level of a displayable. ( can only be used with other image manipulators.)

User-defined statements are now documented in the reference manual, making them officially supported.

A user-defined statement can now be used as the default statement. This allows you to replace the say statement with an alternate of your own devising.

Fixed a bug that occured when space characters were inserted immediately after a newline.

Fixed a problem displaying a presplash image on the mac platform.

The following downloads may be useful if you want to run a windows-only Ren'Py program on other platforms, if you plan to port Ren'Py to a new platform, or if you want to build a distribution of Ren'Py. Recent versions of Ren'Py default to producing distributions for all three supported platforms, making these programs rarely necessary.